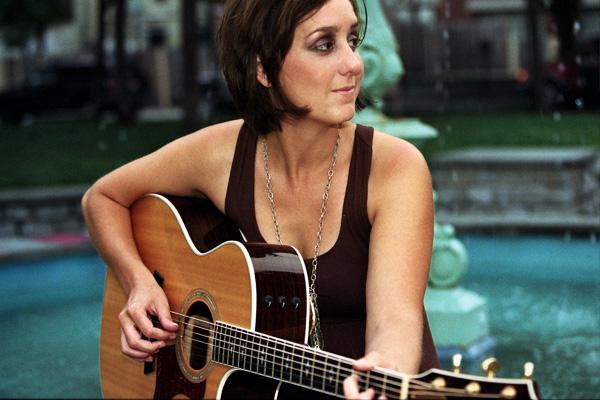 Rochester native Rebecca Correia will be kicking off the Sunset Music Series at Westport Rivers Vineyard and Winery this Friday night, and next month she will be hosting an annual concert series held on her family’s farm. Correia, a singer-songwriter and guitarist, invites performers she’s met in her travels and touring across the country to the Bennett Farm concert to showcase their talents. Last year she co-wrote a song with Keb Mo, “So Long Goodbye” for his triple Grammy award-nominated album. Here’s what else Correia’s been up to lately:

What are you working on musically these days?

I’ve recently done some new recordings in Nashville that I’m thrilled about. I just released a two-song EP on iTunes. And with help from my friends Jenny Lynn Young and legendary guitarist Reggie Young I have a another surprise song we’re planning to release soon.

Are you still splitting your time between here and Nashville?

Yes, still splitting my time between Nashville, and Rochester. It’s been eight years of this routine!

What’s the Bennett Farm concert all about?

Bennett Farm is the family farm and the house that I grew up in. We’ve been doing this concert since 1996 and it’s become a very special experience for artists from all over and for the listeners who attend. We can’t wait for this year’s event Saturday, July 11!

Tell me about the video for the song “Oh Nashville” that won the International Portuguese Music Award. Were you psyched to win an award on your own turf?

“Oh Nashville” was filmed on location in Tennessee. The idea for making the video came about during a get together in Nashville. My friend Mike Wolfe suggested I make a music video and that he be in it. I thought that was a great idea, so together with Mike’s help and my video producer Rob Ranney we made “Oh Nashville.” It was a thrill and meant so much to me and others. I was absolutely thrilled that the IPMA panel recognized it. SouthCoast Massachusetts and my heritage is such an important part of who I am.

How did the song you co-wrote with Keb Mo come about? What was it like working with him and do you plan to do so in the future?

Keb is utterly the coolest! I met him through a mutual friend and he caught a few performances of mine. He called me up one day and asked me over to write. The rest is history I guess. It was a complete honor and thrill to sit down and write with him and help him express his story. When they told me the song would be on his latest album I jumped for joy. Being that the record was nominated for three Grammy awards this year, the experience has been magical and I’m grateful to Keb! I absolutely look forward to working with him more in the future.