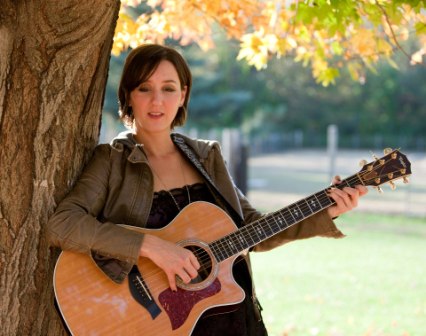 It’s hard to imagine that if you live in Greater New Bedford you haven’t heard of Rebecca Correia. An incredibly talented singer, songwriter, and musician Rebecca is a featured artist at many of top music spots not just in this area, but nationally. If you’re already a Rebecca Correia fan, here’s some great news: she is on the verge of releasing a new album and this article has all the details! If you have yet to hear this triple threat talent, this is the perfect time to learn more about her.

Rebecca Correia was raised in Rochester, MA which makes her a local girl by all accounts, but her talent has taken her all across the nation and she has performed with many great artists including Natasha Bedingfield, Livingston Taylor, Tracy Bonham, Reel Big Fish, Black Eyed Peas, and Ryan Cabrera (to name a few). Correia divides her time between the South Coast and Nashville and also performs everywhere in between; from NYC to LA.

I met with Rebecca Correia earlier this week at the ever wonderful Mirasol’s Cafe and I was excited to learn more about her new album, but also to get a better definition on how I should describe her to those who have never heard her play. You see, Rebecca Correia doesn’t fall tidily into most radio categories; her music is emotionally charged and certainly has some country influence but also touches upon numerous other inspirations.

Thus, when I asked Rebecca that critical question “how would you describe your musical style?” she had an interesting answer; the singer/songwriter category. You may not often hear a radio DJ say “and now, for the best of singer/songwriter hits…” but actually, some great musicians fall into this genre such as John Mayer and Torie Amos. Rebecca told me that she usually describes her music as being most like Sheryl Crow, and I can definitely hear that when listening some samples on her website; www.rebeccacorreia.com.

Now to get to the details you have been waiting for; her new album. Titled “Each and Every Detail” the album is a fan funded project that is only months away from release once it hits its nearby funding goal. “It’s been overwhelming to have this response” Correia told me in regards to the number of fans who have donated to see this project come to reality, “The fans have made this possible.” 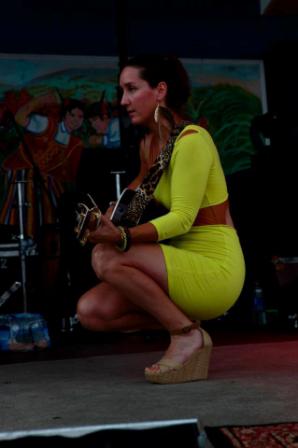 If you haven’t yet donated, it’s easy to see why others have. The album will be what Rebecca Correia’s called her first “full band adventure” since 5 or 6 years ago. “Full band adventure” seems like the best possible term when you hear about the collaborations she engineered for this album. “I tried to pull as many of my favorite musicians together as I could to be a part of this… I made sure everyone was included.” One of the highlights includes a duet with Matt Cusson, a singer/songwriter who has performed with big names like Brian McKnight and Christina Aguilera and was awarded the John Lennon Songwriting Award for Best Jazz Song in 2009.

Another highlight of the album includes tracks with Reggie and Jenny Lynn Young, a couple with amazing credentials and musical talent. Reggie Young is a guitarist of legendary status as he had played on recordings for such names as Elvis Presley, Willie Nelson, Johnny Cash and Jerry Lee Lewis. His wife, Jenny Lynn, is a cellist and Rebecca Correia was excited to discuss the new dynamic this collaboration brought to her album.

Overall, the new CD promises to be varied in its sound and style and have lots of surprises for new and old fans alike. She said the tracks will range from an indie vibe, to a guitar driven sound, to rock n’ roll and even a touch of R&B. Needless to say, it’s a very musically inspired album.

According to Rebecca Correia, the music has been recorded and all that is left is for it to be mixed, mastered and printed. In order for it to see the final stages of production, she is hoping for a last drive in fan funding. If you are hoping to be able to groove out to “Each and Every Detail” sooner than later, you can donate by following this link. “Each and Every Detail” was so named after a lyric in one of her songs, and due to the fact that so many people were included in the making of it. Hopefully you can become part of the vision by donating today!